There was just the newly married couple, Dean & Debbie, both having a passion for food and making people happy.  So, naturally, they began a journey to live their dream and “cater” to people’s needs for great food and great service. With Dean’s love for cooking and creating dishes that always get that “Wow!” response and Debbie’s special talent to organize the entire affair while treating everyone with courtesy and love, they officially formed Classic Catering with the simple, yet very crucial, motto of Great Food, Great Service, Every Time!

Though they only worked at it very part-time to begin with (they had to have day jobs to pay the bills), their reputation was growing as a catering company that was indeed the epitome of Great Food, Great Service, Every Time!

While visiting, Debbie’s dad & stepmom (Jim & Cheryl) were strolling the charming town of Pacific Grove. Finding themselves smack in front of a “For Sale” sign of a quaint Victorian for which the flyer read “residential/commercial zoning,” they smelled destiny in the air. Jim & Cheryl loved real estate, renovations and parties, and Deb & Dean needed a commercial kitchen. The partnership was formed. 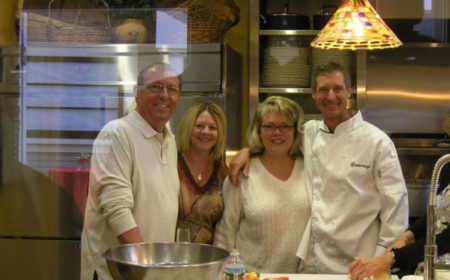 First event at Gatherings (with friends) in 2007.

It took a year to complete renovations of what became known as Gatherings. When the doors opened in January 2007, many special events took place from birthday parties to rehearsal dinners. Then Gatherings began earning a 5-star reputation as a wedding reception venue that filled a niche for couples seeking a smaller more intimate wedding location. (In 2019, in order to focus on other venues, Gatherings was closed.)

With some of the most pristine and gorgeous coastline in the State right down the street from Gatherings, it made perfect sense to add this service to Gatherings wedding packages. (This division was closed along with Gatherings the first of 2019.)

An opportunity to bring another special event venue to Monterey County presented itself. The Perry House, then owned by the Monterey History & Art Association, was available and offered beautiful views of the Bay and a great proximity to downtown Monterey with hotels and the Convention Center in walking distance. With Jim & Cheryl always up for a renovation and Dean & Debbie visualizing the beautiful special occasions that would be held there, the four took on the task to liven up The Perry House and create a one of a kind special events venue. The first official event at The Perry House was in May 2011, a Commencement Speaker Reception for the Monterey Institute of International Studies (now Middlebury), and the very next day was the first of many gorgeous weddings still being held at The Perry House. 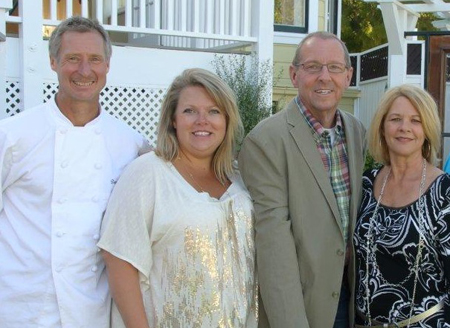 With Classic Catering, Gatherings, Monterey Beach Weddings, and The Perry House, we needed to know how to answer the phone . . . Hence, our parent company, The Events by Classic Group, was born.

In need of office space, fortunately, we found another building in need of major TLC (clearly a pattern of ours). After renovating what used to be an auto shop, we moved staff and “stuff” in on May 1, 2014. It looks much different than this now, as we’ve crammed quite a few more desks in. We LOVE our office space! Please come by for a visit. 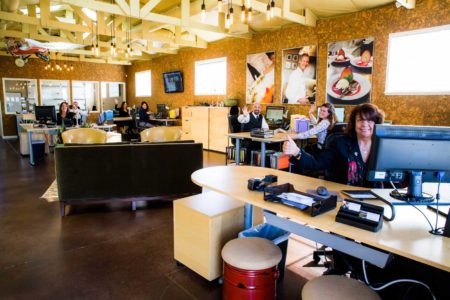 A development company was in the process of working with the National Trust for Historic Preservation on a New Vision for the historic Cooper Molera Adobe property in downtown Monterey, and we were honored to be asked if we had an interest in being a part of this new vision by becoming one of the new tenants and operating The Barns Event Center at Cooper Molera. OK, it was not all that easy or quick! But 18 months later, leases were signed, the development was under way, and our first event was July 11, 2018! 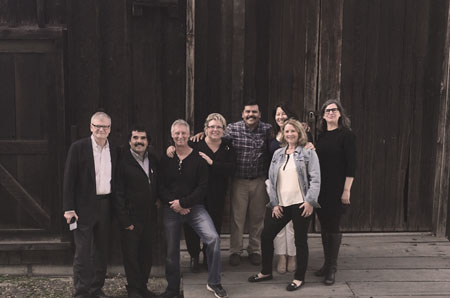 Touring The Barns well before construction got started.

2019: Yes, Another Exciting Opportunity Presented Itself. . .

In August of 2019, we became the proud leaseholder of what is known as the Monterey Beach House. In line with our M.O., we’re looking forward to doing a few renovations to this property as well, but let’s face it, the big “draw” here is it’s right on the beach, not much to do there!